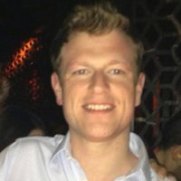 A Meeting was held today at Richmond House in Whitehall today with Ed Jones, Special Advisor to Jeremy Hunt, Health Secretary. I was accompanied by James Titcombe, National Advisor on Patient Safety, Culture and Quality at CQC.   The meeting was held following letters sent about my case to Jeremy Hunt and Ed Jones from Sir David Prior, Chairman of CQC, James Titcombe and my MP, Angie Bray.

Ed and Jeremy are wanting to listen and believe that staff who raise genuine concerns in the interests of patients should be supported and not excluded from working in the NHS and Ed undertook to consider the issues further.

I gave a brief summary of my case and some of the problems that whistle-blowers faced.

I advised that staff raise concerns in good faith and frequently do not consider themselves to be in any danger of repercussions or victimisation as a result of raising these concerns. Often these concerns can be easily dealt with by senior managers and staff simply feel they are doing their job by exercising their ‘duty of care’. Situations result where the whistle-blower find themselves suspended and eventually dismissed with false counter allegations. It then turns into an employment issue. When this happens, none of the governing bodies are willing to intervene as there is an ‘ongoing’ case. As a result whistle-blowers are left without any support. There needs to be some method of intervening in order to stop the ongoing case.   James advised that things should not go this far and ideally matter is resolved before any action is taken against a whistleblower.

Unions are limited in the amount of help they give to whistle-blowers. Whistle-blowers end up having to recruit lawyers to defend themselves and end up with huge legal costs.

I advised I had won interim relief hearing, and despite this, I faced job and pension losses. Facing cancer which numerous consultants believe to be due to stress of whistleblowing and I am also about to lose my home due to lack of funds. My settlement left me with basically a year’s pay after paying off my legal costs.   If this can happen to me where I had won the case and had been proven to be a whistle-blower, what hope is there for other whistle-blowers whose cases have not gone as far as court?

In addition, none of my raised concerns have been independently investigated. I have been blacklisted where jobs have been withdrawn following an offer of employment being sent in writing. Blacklisting is a common problem in whistleblowing cases.   Nearly all whistle-blowers who have been dismissed are unable to secure jobs.

James stated that during a meeting at CQC with whistle-blowers, many heart rendering cases were brought to light. James felt that my case was especially clear, given that I had won in court and I was nevertheless facing my current situation. He and David Prior felt something had to be done.   James provided an overview of the work CQC are doing to set standards for how provider organisations should encourage and respond to staff who raise concerns and stated that staff who raise legitimate concerns should never face any kind of discrimination for doing so.

I also suggested there needs to be recognition for whistle-blowers so that they are valued rather than made to feel that they are being punished and humiliated for raising concerns.

There were concerns on how to separate staff who raise concerns from those who merely are trying to cause trouble. I suggested, looking at the evidence(s) that have provided and then getting an independent person from same skill background to look at it and decide whether the complaint is valid and is a cause for concern.

I suggested that there would be no improvement to the current system unless there is accountability of senior managers who persecute whistle-blowers. Relevant Chief Executives, HR Directors, Medical Directors – where appropriate and investigating manager should be held to account. This has yet to happen.

Since 2009, when I reported my concerns, not much has changed to protect the whistle-blower. With the scandal of Stafford Inquiry, there has been heightened awareness of whistleblowing.

With new CQC, under the direction and commitment of David Prior and James Titcombe things are looking hopeful for whistle-blowers. CQC are actively listening to whistle-blowers to find a way forward. For the first time there are active dialogues underway. It will take time to find solutions and it won’t happen overnight. However, for first time in over five years, I feel things are beginning to look up for whistle-blowers, which is long overdue.   For more information, visit my website:  sharmilachowdhury.com