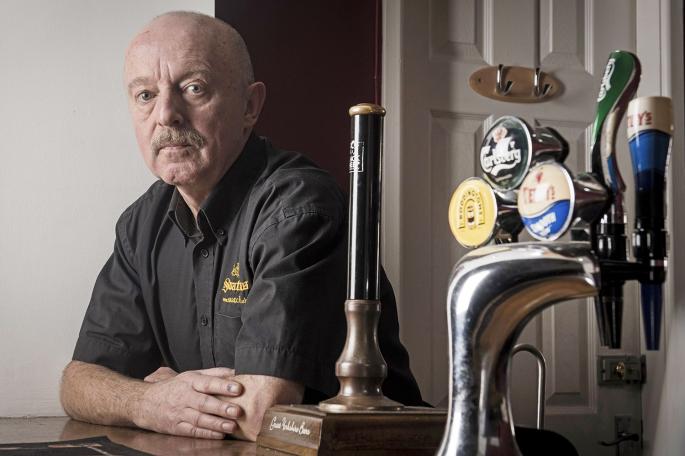 A WHISTLEBLOWING nurse has revealed how managers at a scandal-hit NHS trust ignored allegations that a colleague was hastening the deaths of patients.

Russell Dunkeld told his bosses at Royal Lancaster Infirmary, part of University Hospitals of Morecambe Bay NHS Foundation Trust (UHMBT), how a nurse on his ward had boasted of speeding patients on their way by interfering with drug and saline drips.

The 60-year-old resigned, suffering stress, when his concerns were not investigated. Managers later gagged him from speaking out as part of a compensation deal.

Under the trust’s whistleblowing policy, Dunkeld should have had a response within 21 days. But it was three years before his claims were acknowledged. Even then there was no proper investigation.

Last month, however, an NHS campaigner arranged for him to give evidence to a government-ordered inquiry into the unrelated deaths of 16 babies and two mothers in the maternity unit at Furness General Hospital in Barrow, part of the same NHS trust. Dr Bill Kirkup, who is chairing the inquiry, expressed grave concern that the trust had ignored Dunkeld’s allegations.

Dunkeld had worked on a ward at the Royal Lancaster Infirmary with a mix of seriously ill patients, some of them terminal cases.

“I discovered that fluid drips and drips to give drugs to patients had been interfered with,” he said.

“Either they had been shut off or there wasn’t an adequate flow. If patients don’t get adequate fluids, they die. This nurse’s view was that they were going to die anyway, so all she was doing was helping them on their way.”

When he challenged her over one patient, he was shocked by her response. “Well, he is terminally ill,” the nurse allegedly replied. “What are you doing when you give these patients fluids? You are just killing them slowly, aren’t you?”

The confrontation was overheard by another nurse, who agreed with the first, Dunkeld said: “She told me, ‘Well, she’s right, isn’t she?’ ”

Dunkeld, who worked at the hospital for 20 years, said: “The tampering with drips had been going on for some time. These weren’t just one-offs. In the normal course of events one might expect to find one or two a year turned off by mistake. I was finding up to three in a single shift.

“How many patients suffered and died due to interfering with the drips, I don’t know. They weren’t all terminally ill.”

The drip-tampering nurse had already been disciplined for neglecting a patient and was accused of hitting another. When she resigned, Dunkeld was told that nothing would be done about his complaint.

“I can’t believe they let her leave without reporting her to the Nursing and Midwifery Council,” he said.

“She could be working somewhere as a nurse now and doing something similar.”

In 2009 Dunkeld resigned because of stress. He received compensation of £16,000 after managers admitted failing to investigate his complaints. Still no inquiry was launched into the drip-tampering. Most of his money went on legal fees. He is no longer in nursing and instead works as a part-time barman in a pub.

“I love nursing,” Dunkeld said. “I have been forced out because I raised serious public safety concerns that weren’t investigated.”

Today UHMBT is in special measures after a Care Quality Commission inspection earlier this year raised concerns about the standards of care, particularly at the Royal Lancaster and Furness General.

In a statement, the Trust said it had improved the way it handled whistleblowing: “The Trust did carry out investigations into many of these concerns, in 2008 and again in 2009, but it has been recognised throughout the NHS that the way in which staff concerns have been addressed and investigated in previous years was sometimes not good enough. As a result our Trust, like many across the country, has worked hard to tighten its whistleblowing policies…

“Unfortunately, the lack of detailed evidence available to us… means we are unable, so many years later, to substantiate the issues he [Dunkeld] raised.”

The Department of Health said: “We take these concerns extremely seriously… We are absolutely clear that NHS staff who have the courage to speak out in the interests of patient safety must be listened to.”

8 thoughts on “Ignored:whistleblower’s claim of nurse who ‘killed slowly’”