Whistleblowers who raise concerns continue to be at risk of losing their jobs. Sharmila Chowdhury speaks the truth behind the life of a whistleblower and the severe consquences she continues to face after being dismissed by the NHS. 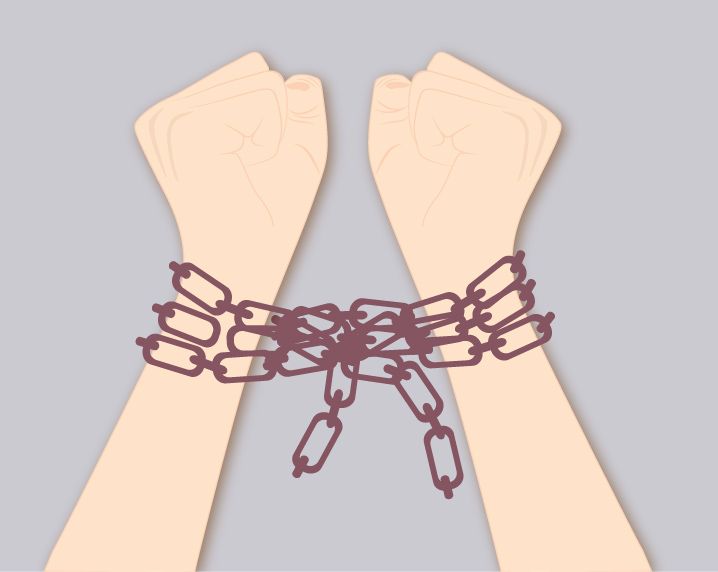 I had worked in the UK National Health Service (NHS ) since 1980 and qualified as a radiographer in 1983. I joined Ealing Hospital (London North West Healthcare NHS Trust) in February 2003 as Deputy Imaging Manager and was promoted to Imaging Manager in May 2008. I was in charge of 60 members of staff in the department, not including consultant radiologists. As the budget holder for the department I was responsible for signing off additional work and attendances of all staff, including the consultant radiologists. I raised concerns that very substantial sums of money were being paid to two consultants, who were also working over several years at a private hospital. The manager at the private hospital confirmed that they had attended that hospital since April 2006 for times whilst also being paid by the Trust. The concern escalated up the management chain—all agreed this was a problem. Additionally, consultants were claiming  for overtime not worked. The practice was not stopped and I was dismissed after false counter allegations were made. I was escorted out of the building in front of my staff.

While I won at the interim relief hearing and disciplinary appeal, the Trust refused to let me return as they advised my post was now ‘redundant’ due to technology. Although the Trust apologised, I have been unable to find work. One job offer was withdrawn when they discovered I was a whistleblower. I have had interviews cancelled and posts withdrawn. In one instance, the Care Quality Commission intervened, but without success. I am now being treated for cancer, that consultants believe may be linked to the stress of my treatment, and I have faced the ongoing threat of losing my home without income.

No action has been taken against those responsible for cheating the NHS out of large sums of money nor against those who colluded to victimise me. I have an excellent paper trail to support my claims. I contacted many organisations and politicians about my case. No one bothered to either investigate publicly my raised concerns, despite extensive evidence, nor my treatment as a whistleblower. The Department of Health (DH ), the Prime Minister’s Office and NHS London advised they couldn’t get involved. However, from a subsequent freedom of information request, it transpired that DH were communicating fully with the Trust about my case and settlement. They viewed my payoff as ‘good value for money.’

On 30 May 2014, I wrote an open letter to Jeremy Hunt, t he Secretary of State for Health, asking for help. He met me and a few other whistleblowers along with Simon Stevens, Chief Executive of NHS England. Hunt commissioned a review into NHS whistleblowing led by Sir Robert Francis, QC. The published report, Freedom to Speak Up (Francis 2015) has raised awareness. However, this has produced ineffective change for whistleblowers. I wrote an open letter to Hunt, printed in the Health Service Journal in 2016 (Chowdhury 2016), which was the highest-read article in the HS J for 2016. Hunt responded, but the response was unhelpful.

I have continued to campaign for help not just for myself but for other whistleblowers, as my website (sharmilachowdury.com) demonstrates. Despite being featured in the media extensively no permanent solution has been found. I am currently working/ helping with NHS Improvement to look into helping NHS whistleblowers back to work, supported by the Department of Health, which unfortunately still has a long way to go to remedy the current situation faced by whistleblowers.

There has been no independent inquiry into either my raised concerns or my treatment as a whistleblower. None of the managers at the Trust have been held to account for my treatment, nor have the concerns raised by me been investigated, despite £5.7bn a year being lost to fraud in the NHS as reported in my BB C interview (https://www.youtube.com/watch?v=CgxOvsqo3E4). The reported consultants continue to be employed by the trust. Fraud in the NHS still continues to be ignored. My case is proof that perpetrators of fraud continue to be supported by senior officers turning a blind eye.

I am currently working in the private sector, without any long-term security. I consider myself lucky in comparison to other whistleblowers. However, as my NHS pension has been ruined and I have been unable to pay off my mortgage I will have to continue to work until I die. There will be no retirement for me.

Francis R (2015) Freedom to speak up: an independent review into creating an open and honest reporting culturein the NHS. London: Freedom to Speak Up. [Accessed: 22 August 2017] Available from freedomtospeakup.org. uk/the-report

One thought on “Why I became a radiology whistleblower”