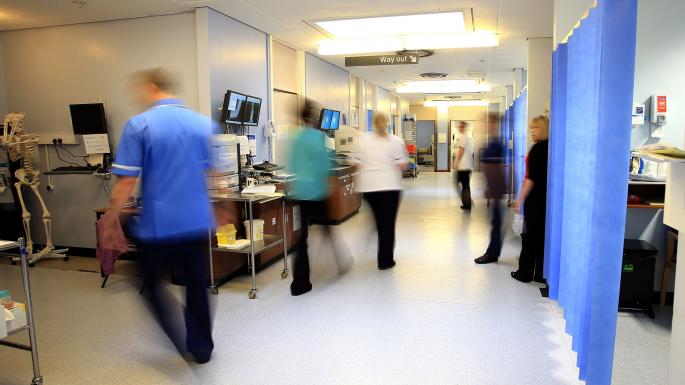 Scottish ministers have been urged to investigate the extent of “boarding” in the NHS, after a whistleblower warned that the controversial practice occurs routinely at a hospital that is under scrutiny over waiting times.

Health boards were urged eight years ago to stop boarding, whereby patients are transferred from specialist wards to other areas of the hospital to free up beds, amid evidence that the practice can distress patients, hamper recovery and spread infection.

It has emerged, however, that staff at St John’s Hospital in West Lothian were ordered to “escalate” boarding a year ago to cope with accident and emergency (A&E) admissions. A key target set by the Scottish government is for patients to be admitted to hospital, if necessary, within four hours of arrival at A&E.

A whistleblower claims that in the past year, boarding has been rife at St John’s because senior managers are “hellbent” on meeting the target.

It is claimed that one dementia sufferer was so traumatised after being moved from her ward that she stopped eating and drinking and “lost the will to live”.

“Tremendous pressure has been exerted on staff to board patients because the management is hellbent on meeting the four-hour target,” said the whistleblower. “The practice is positively harmful.”

Anas Sarwar, Scottish Labour’s health spokesman, said: “These are deeply troubling reports that will concern patients across NHS Lothian and beyond. SNP ministers must investigate whether this is a one-off, or more prevalent across Scotland. NHS staff across Scotland are overworked, under-valued and under-resourced.”

The disclosure follows an investigation ordered by Shona Robison, the health minister, into evidence that waiting times at St John’s have been misreported. Staff at the hospital have raised concerns over boarding with Professor Derek Bell, from the Scottish Academy of Medical Royal Colleges, who is conducting the probe.

In 2009, a report commissioned by the Scottish government urged health boards to “eliminate” boarding as a solution to bed capacity problems, particularly during winter. A study on boarding by Dundee University in 2013 warned that changes in environment can increase the risk of falls and delirium among patients, raising the risk of serious injury and death.

Yet in December 2016, senior managers at St John’s issued an order to ramp up boarding to free up beds in the hospital’s medical assessment unit (MAU), which receives admissions from A&E.

An internal memo stated that people with impaired cognitive function were not exempt.

It read: “Ideally we aim not to board. However, when acute beds in MAU are not available because of downstream beds being full, it is safer to board established admissions than new admissions. With increasing pressure there needs to be an equitably applied escalation policy.”

Bell has also been told that patients in the MAU are subjected to “degrading” treatment because of pressure to move people out of A&E within four hours. The unit has gender-specific bays but it is claimed that men and women are routinely forced to share bed space and toilets. “It is degrading for patients and happens on a regular basis,” the whistleblower said.

Dr Tracey Gillies, medical director at NHS Lothian, said decisions to board patients were risk-assessed and agreed with clinical teams. “We work hard to ensure that more vulnerable patients, including older people and those with dementia, are not moved unless it is absolutely necessary.”

On gender mixing, Gillies said there were “rare occasions” when patients of the opposite sex were treated in the same bay, adding that “this is only done in extreme circumstances and they are moved to a more appropriate ward or bay as a matter of urgency”.

A spokesperson for Shona Robison: “We recognise that peaks in demand may require use of beds flexibly at times, however we are working to ensure that NHS boards are managing their capacity and ensuring that patients are admitted to the right beds at the right time with the right staff.”

NHS Lothian admits that its acute hospitals have “under- reported” patient treatment times. According to the latest weekly figures, 77.3% of patients were dealt with within the four-hour target.