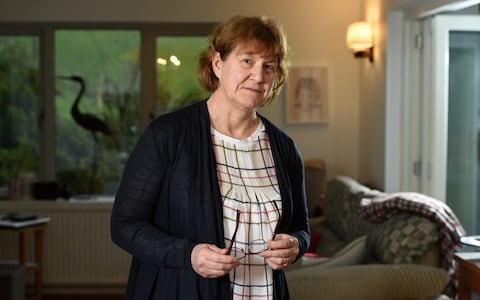 A radiographer who blew the whistle on NHS malpractice is to challenge the non-disclosure agreement (NDA) she was asked to sign, in a hearing which could have major implications for the future of gagging orders.

In 2012, Sue Allison, 57, reported a string of missed cancer diagnoses and wider concerns about standards of care in a breast screening unit at Morecambe Bay NHS Foundation Trust.

After raising concerns with a colleague, the pair claimed they were ostracised and subjected to extensive bullying, eventually leading them to file formal grievance complaints against the trust.

But in 2015, Mrs Allison claims she was pressured into signing two non-disclosure agreements (NDAs) without legal advice, preventing her from publicly airing her concerns or bringing future claims against the trust.

At a hearing at Manchester Employment Tribunal on April 2, her lawyer will now argue it was unlawful to ask her to sign an agreement without legal representation, and will press for it to be revoked.

Mrs Allison claims she did not fully understand what she was agreeing to, arguing she was “pretty much conned into signing” the NDAs.

She told The Telegraph “When you’re a whistleblower and they’ve been trying to squash you for a couple of years, you find yourself in a very lonely place where you don’t have anyone to help or advise you.

“I’m not stupid, but I’m not a legally aware person having not dealt with the law in my life prior to all this”.

In 2013, the former Health Secretary Jeremy Hunt announced that he would ban the gagging of NHS staff in compromise agreements.

But a recent Freedom of Information request submitted by The Guardian newspaper uncovered the widespread use of such agreements in the health service to silence staff who raise concerns about harassment and bullying.

It adds to growing levels of scrutiny being applied to the use of NDAs across a number of industries in the wake of The Telegraph’s reporting on Philip Green who is accused of sexually harassing members of staff, accusations that he has denied.

Stephen Kerr MP, Chair of the All-Party Parliamentary Group on Whistleblowing, said: “The ongoing flouting of the ban on the use of NDAs in the NHS is unacceptable.

“I have yet to see an appropriately-used NDA in whistleblowing cases and remain convinced that they have no place in our NHS.” 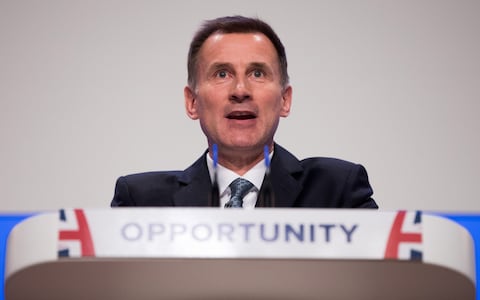 Mrs Allison’s MP and former Liberal Democrat leader, Tim Farron, added: “Sue has made a considerable personal sacrifice by putting her head above the parapet to call out poor and dangerous standards of care.

“But she reports that she’s been rewarded by having her career destroyed.”

“If whistleblowers are to be encouraged, they need some form of protection and reassurance that they will face no recriminations or professional backlash, whilst those allegedly guilty of the mistakes suffer no similar consequences or repercussions from their actions”.

Mrs Allison believes she has been blacklisted in the NHS and says she has been asked about being a whistleblower in a number of subsequent job applications she’s made in places as far away as Kingston.

She worked at the same NHS Trust as the award-winning surgeon Peter Duffy, another high-profile whistleblower who was forced out of his job after raising concerns and is now practicing on the Isle of Man.

The Trust has faced a number of whistleblowing complaints in recent years including a maternity crisis at Furness General where a number of deaths emerged due to poor care standards.

Mrs Allison’s employment lawyer Jahad Rahman said the case could have wide implications for attempts to silence not just whistleblowers, but also victims of crime or abuse.

“Hopefully this case will significantly contribute to the debate about whether or not it’s right to silence individuals raising concerns about wrongdoing and misconduct in the workplace…the outcome is likely to give them confidence to speak out,” he said.

“We need people to come forward or else we are exposing the public to danger.

“This case goes beyond the remit of whistleblowers, in fact. NDAs should never be used to cover up criminal activity at work, as we’ve seen them being employed for cases of discrimination and sexual harassment at work. Sexual assault is a criminal offence”.

The Whistleblowing charity Protect is also pushing for clearer legislation surrounding NDAs, which would allow subjects to still make protected disclosures where public safety was an issue.

Andrew Pepper-Parsons, at the charity said: “The law is clear that public interest issues such as concerns involving patient safety cannot be part of an NDA, and a whistleblower would be able raise those concerns with someone like the CQC without fear of an employer pursuing the whistleblower for breaching the NDA.

“But the bullying or victimisation of a whistleblower, even if it shows a toxic environment in a workplace, is a grey area and may well be covered by the confidentiality agreement if it lacks a wider public interest point.”

Morecambe Bay Trust said all the concerns raised by Mrs Allison had already been fully investigated.

“As with every such investigation, opportunities for the Trust to improve its practice were identified and action was taken to address this,” said Medical Director David Walker.

“The Trust does not use ‘gagging clauses’ that prevent employees or ex-employees speaking out about patient safety and patient care.”

However Mrs Allison said the case has wrecked her career.

“To push out highly-qualified people who are really dedicated to their jobs at a time of such acute short-staffing is really bad practice on the part of NHS management,” she said. “I mean, I’ll never go back there now – I’m finished.”

View original article in The Telegraph