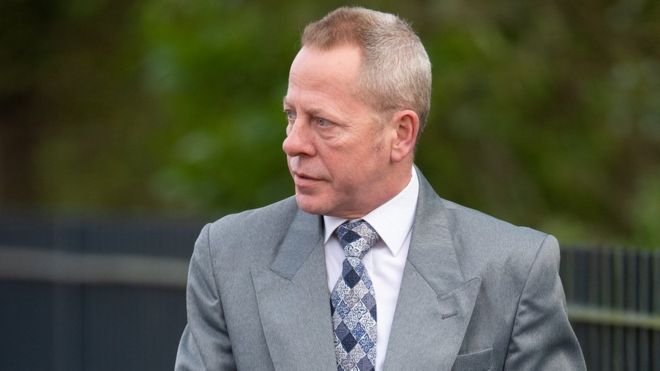 A former police officer whose wife died five weeks after bowel surgery said he was “knocked sideways completely” when he received an anonymous letter highlighting blunders in her treatment.

During an inquest into her death, it was heard she had been given glucose instead of saline via an arterial line.

The hospital reportedly asked doctors for fingerprints and handwriting samples to identify the whistleblower.

In a statement, the Doctors’ Association described the attempt by the hospital to find the letter writer as a “witch hunt”.

Jon Warby said he received the letter two months after his wife’s death.

He said he was “quite surprised” by the lengths the hospital reportedly went to to find its author.

The inquest in Ipswich heard both Suffolk Police and the hospital launched investigations into the letter at the request of the coroner.

The hospital said an investigation into the nature of Mrs Warby’s care was already under way by the time the letter was sent.

Suffolk’s senior coroner Nigel Parsley said Mrs Warby’s family acknowledged her death was the “progression of a naturally occurring disease” but wanted to know if “errors may have had a contributory effect”.

It was heard Mrs Warby also suffered a punctured lung during an operation to replace the arterial line.

Her cause of death was recorded as multi-organ failure, with contributory causes including septicaemia, pneumonia and perforated diverticular disease, affecting the bowel.

The inquest into mother-of-two’s death was adjourned so an independent medical witness can be brought in at the family’s request.

The Doctors’ Association said it was approached by medics who said the hospital had demanded both fingerprints and samples of handwriting.

It said clinicians claimed they were told if they refused that would be evidence of guilt.

“The witch hunt for a whistleblower following the tragic death of Mrs Warby highlights a deep-seated toxic culture at West Suffolk Hospital,” it said.

The hospital said it would not comment until after the inquest had concluded.