NHS whistleblowers face being “fired, gagged and blacklisted” while disclosures go uninvestigated owing to the healthcare regulator’s lack of powers and resources, a group of doctors, staff and patients has warned.The Care Quality Commission (CQC) was criticised for being “low value” by the group, which has called for radical change in how the health service is regulated.

In a letter to the Times, the group, which has exposed huge failings, said the CQC had failed to detect poor care and governance since it replaced the Healthcare Commission in 2009. It cited an example where an inspection of a foundation trust cost £273,900 but failed to spot hundreds of uninvestigated deaths. 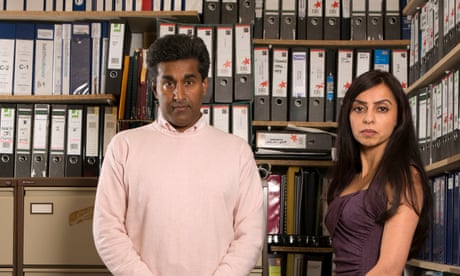 “The CQC protests that it has no powers to investigate individual cases,” the group said. “Many patients, bereaved relatives and whistleblowers are deeply frustrated that disclosures to the CQC have not resulted in change. On the contrary, if NHS staff whistleblow, they may still be fired, gagged and blacklisted.”

Sir Robert Francis QC said the watchdog had to do more to protect whistleblowers, in his report into failings at Mid Staffs.

Julie Bailey, whose mother was a victim of the problems at the trust, signed the letter with 13 other whistleblowers.

They include Dr Stephen Bolsin, who revealed failings at Bristol Royal infirmary’s paediatric cardiac unit, and Baby P whistleblower Kim Holt. Holt told the Times: “It’s very frustrating because I feel like the CQC have got all the information. They know what’s happening.

“They sit and listen and nod their heads and say, ‘That’s dreadful,’ but then they don’t do anything about it. [Whistleblowers] that I sat alongside in meetings at CQC have since lost their jobs.”

Sir Mike Richards, the chief inspector of hospitals, said: “The CQC takes concerns raised by staff extremely seriously and we act where appropriate, whether carrying out or bringing forward an inspection, raising concerns with the provider, or alerting another organisation, including the police.”