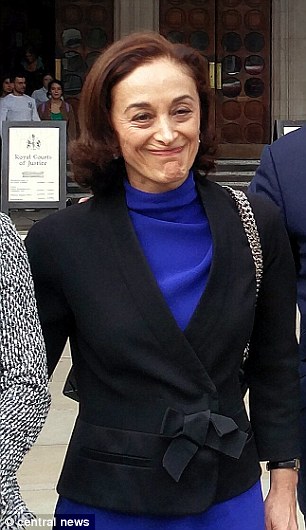 A failing NHS Trust that suspended one of the world’s top cardiologists has been ordered to reinstate her by a High Court judge.

Professor Marjan Jahangiri, 56, was excluded from St George’s hospital, Tooting, South London, after it was claimed she prioritised private patients over those from the NHS and had shouted at a nurse.

The surgeon, the first female professor of cardiac surgery in Europe, claimed she was subjected to a ‘campaign of bullying and harassment’, and was sent a dead animal and a decapitated doll in the post.

The St George’s Healthcare Trust was described as ‘toxic’ and in the grip of ‘dark forces’ in a report earlier this year.

As a result of that report, the hospital commissioned a second review into the revelations surrounding the Trust.

Employees were warned not to speak to any witnesses involved in that investigation but the Trust claimed that Jahangiri indirectly contacted one of the witnesses through her secretary.

But today the surgeon was vindicated by Judge Matthew Nicklin, who said: ‘Overall, the decision to exclude was irrational, in the public law sense.’

He said of the surgeon: ‘She has been successful, she had been required to come to court to obtain the relief that she has obtained.

‘Whist the impact of exclusion on an individual doctor is always likely to be severe, when a skilled and respected surgeon, about whom there are no concerns as to her ability, is excluded the consequences reach far beyond the individual.’ 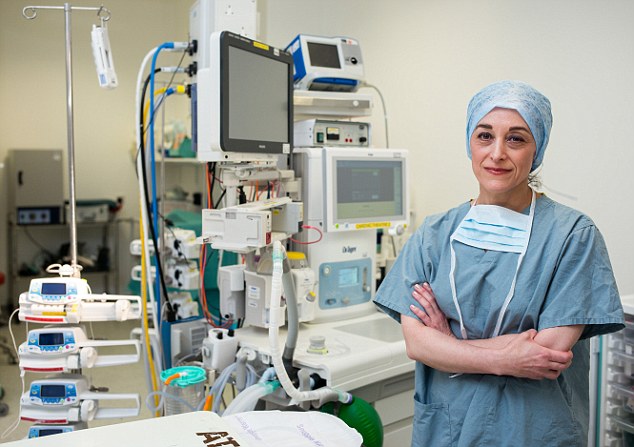 Speaking outside the High Court, Prof Jahangiri said: ‘I am delighted with today’s judgement and very much look forward to returning to my patients, their families, my colleagues and my trainees.

‘My priority, as it has always been, is combining excellent patient care with research and training.

The professor’s barrister Iain Quirke said the decision to exclude the professor meant that patients were missing operations that could save their lives.

‘This present application is urgent because with each day that goes by, patients booked for heart surgery with the claimant are cancelled,’ he said. 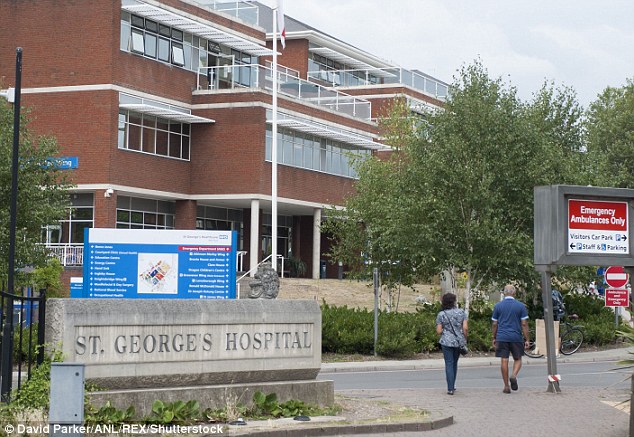 He went on to say that Jahangiri’s skills were so specialised that she was sometimes the only surgeon able to carry out specific kinds of complex operations.

‘In some cases, the claimant is only person at the trust who is able to carry out those operations.’

Mr Quirke told the court how the average heart surgeon in the UK has a mortality rate of 7-15%. Professor Jahangiri’s rate is 1.2%.

‘Despite that, she has been treated in the most outrageous way,’ he added, ‘She is the envy of the unit. 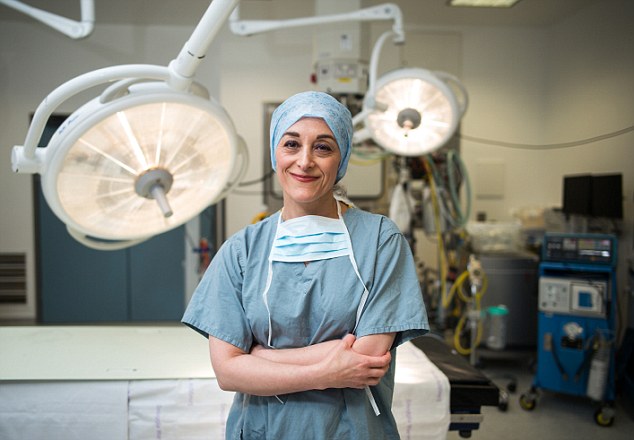 ‘I really do believe that this hospital is in deep trouble and that’s partly because the management want to get rid of the professor.’

Mr Quirke went on to say that 14 different complaints had been made against Jahangiri because she had acted as a whistleblower in the past.

‘The basis that the claimant has been excluded on is the thinnest of grounds. The defence case it totally, totally hopeless and outrageous.

‘The unit is dismantling her research by reallocating it to others in the department – that is a drastic measure.

‘The continued exclusion is in breach of the defendants own policy. There must be a reasonable and proper reason to exclude – my Lord, there is not.

‘The trust is in special measures. She is an exceptional surgeon and in internationally recognised.’

He told the court that Jahangiri is the only female professor in cardiac surgery in Europe.

Mr Quirke went on to claim that her students at the hospital have threatened to leave if she doesn’t return to work.

He said that of the accusations levied against his client, ‘they are outrageous, they are scurrilous and they are made for malicious reasons,’ calling them a, ‘character assassination.’

Mr Quirke said that the delicacy involved in heart surgery required constant use of her skills and that her exclusion meant that she would be unable to practice the extremely complex operations needed to save lives.

The trust’s lawyer, Simon Cheetham QC said: ‘There is no suggestion that anyone is saying she is the source of [the trust’s] problems.

‘These are decisions that, whether they are right or wrong, were made in good faith.

‘It was necessary to suspend her because if that was the claimant’s behaviour, then it would have been bound to have had an impact on the report.’

Professor Marjan Jahangiri denied that she prioritised a private client over NHS patients as well as shouting at a nurse.

She also denied that her indirect interaction with the report witness required her suspension.

Judge Nicklin ordered that the suspension of Professor Jahangiri by the St George’s NHS Trust be overturned.

‘Ultimately we are looking for a statement from the court saying this was a breach of contract,’ she said

The professor now wants a full judgement from the court stating that the professor had been treated unfairly by the hospital trust.

She added: ‘We are disappointed by the judgment issued today, but understand and respect it. We welcome that this ruling is not about guilt or exoneration, and the judge made no finding on the facts being investigated.

‘He has said that the exclusion process was not appropriate, but has allowed the trust to continue its investigation into very serious issues raised.’