As whistleblower Dr Chris Day finally gets his case fully heard, it is clear the health service and the rest of the public sector is still far from establishing the open culture that has repeatedly been promised.

Day is the latest in a long line of NHS staff forced to fight in an employment tribunal after making what he asserts was a “protected disclosure”.

It is true there has been progress. Following the 2015 review of health service whistleblowing by Robert Francis QC, there is now a network of “freedom to speak up guardians” across NHS trusts, supported by a national guardian for the health service, a post energetically filled by Dr Henrietta Hughes.

Her first report, published in September, reveals that more than 7,000 cases were raised with freedom to speak up guardians over the previous year. A third involved patient safety and service quality, and 361 people alleged they had suffered at the hands of their employer as a result of raising concerns.

That thousands of people feel able to approach the guardians – albeit a fifth of them anonymously – is promising, and Hughes pushing for action at the trusts that failed to record any cases is a good sign.

In research published this week, the charity Action Against Medical Accidents similarly reports improvements, with regulator the Care Quality Commission (CQC) using its statutory enforcement powers 108 times in 2017 against providers that were not complying with duty of candour rules.

But CQC inspections are still patchy in enforcing compliance and the national guardian lacks statutory clout over the way trusts respond to staff concerns.

The implosion of staff confidence at Dudley group foundation trust, with dozens of senior doctors signing a whistleblowing letter accusing senior managers of scapegoating people who raised concerns, indicates many NHS staff still feel a culture of bullying and intimidation is rife. Set alongside the scandalous treatment of Dr Hadiza Bawa-Garba following the death of Jack Adcock, it is easy to see why clinicians would fear being damned if they struggle on under impossible pressures and damned if they speak up. 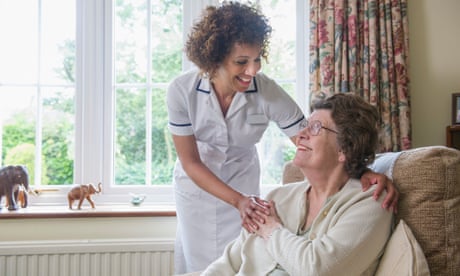 In trying to gauge the state of raising concerns in the NHS, it is instructive to look at the data from the whistleblowing charity Protect about calls to its confidential legal advice line (full disclosure: I am a trustee of the charity, formerly called Public Concern at Work).

Last year health was the biggest source of its calls, as it has been since 2015, accounting for around a fifth of the total. For the last three years, half the health calls have related to patient safety, followed by ethical worries, working practices, financial malpractice and abuse of a vulnerable person. Calls about working practices jumped 82% last year in the face of NHS workforce shortages.

The number of health workers alleging to Protect they have been dismissed after raising concerns edged up from 27 in 2016 to 34 in 2017.

Education and social care are not far behind health in calls to the charity, with local government and financial services providing other major sources. There are strikingly few calls from either central government or the police. This, coupled with the Independent Office for Police Conduct recently launching an investigation after whistleblowers complained about the Metropolitan police’s own directorate of professional standards, shows how far the force may have to go in developing an open culture.

In March the Commons public accounts committee highlighted a sharp drop in the number of social care whistleblowers contacting the CQC, prompting the commission to review how it deals with individual cases.

The courage of individual whistleblowers and relentless pressure from campaigners is driving a more open culture in public services. But many managers still feel they can bully staff with impunity, employment rights are trampled on, the whistleblowing legislation itself needs strengthening and enforcement is weak. Whistleblowers are still not safe.

•Richard Vize is a public policy commentator and analyst

Message from the Guardian:

The Guardian is editorially independent, meaning we set our own agenda. Our journalism is free from commercial bias and not influenced by billionaire owners, politicians or shareholders. No one edits our Editor. No one steers our opinion. This is important because it enables us to give a voice to the voiceless, challenge the powerful and hold them to account. It’s what makes us different to so many others in the media, at a time when factual, honest reporting is critical.

If everyone who reads our reporting, who likes it, helps to support it, our future would be much more secure. For as little as £1, you can support the Guardian – and it only takes a minute. Thank you.

One thought on “Whistleblowing: public services fail to deliver on promise of open culture”