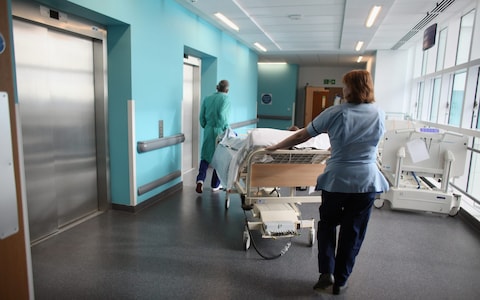 NHS bosses ignored whistleblowers allowing a “maverick” doctor to use experimental treatments on 10 cancer patients who subsequently died, an inquest will hear.

A coroner is to investigate the deaths of the patients who died after they were treated by Paul Miller between 2007 and 2013, as well as claims that hospital bosses took five years to react to concerns from colleagues.

In one treatment – not recommended by the National Institute of Health and Care Excellence – he used high-intensity ultrasound in an attempt to burn away prostate cancer cells.

On Friday a pre-inquest review into the deaths heard “systemic failures” may have led to the deaths.

Miss Schofield said she would investigate claims of “systemic failure” as part of the inquests.

Dr Miller, 62, a consultant urologist, was working at East Surrey Hospital in Redhill and two private hospitals treating patients who were suffering from bladder and prostate cancer.

As early as 2008 fellow doctors and nurses blew the whistle on his unorthodox methods and pleaded with hospital bosses to stop him.

They allegedly told bosses patients were suffering lasting damage as a result of the treatment.

However bosses at East Surrey Hospital in Redhill took five years to act on the concerns of staff.

Eventually Surrey and Sussex Healthcare NHS Trust (SASH) suspended the consultant and launched an investigation. On conclusion of the review in 2015 the Trust sacked the consultant from his £125,000 a year job.

The Trust then wrote a letter to more than 1,200 patients treated by the consultant asking if they had concerns about their care.

The Royal College of Surgeons launched its own investigation and found that 27 cancer patients – treated by Dr Miller between 2004 and 2013 – had suffered “serious harm” at the hands of the consultant.

The experimental treatment had left some patients in constant pain, while some suffered permanent impotence.

Ten of these patients subsequently died, however Dr Miller has never been charged with any criminal offence.

Neither has he been struck off by the General Medical Council, and he is allowed to work in urology with rigorous restrictions.

It is understood he is working in Los Angeles and has no plans to return to practice in the UK.

A later investigation by the Good Governance Institute (GGI) said health chiefs should have taken action against the consultant as early as 2008.

Patients told investigators the consultant was a “maverick” who pressurised them to go private and undergo his experimental treatments.

The 58-page report said bosses at SASH had failed to listen to whistleblowers and had therefore “missed crucial opportunities to act on concerns raised by a number of staff”. The 10 inquests are due to start later this year.