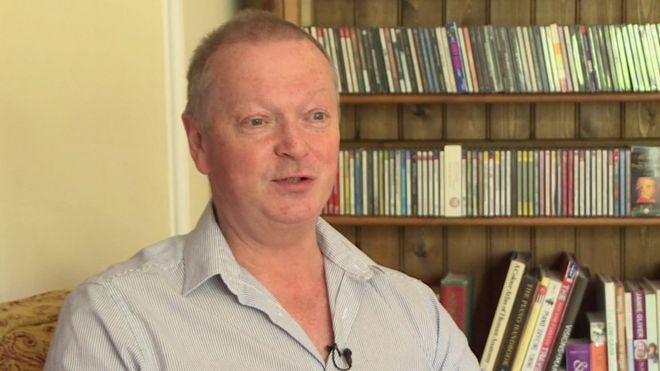 A hospital chief executive has asked to meet a whistleblower who raised concerns about the “appalling treatment of patients”.

University Hospitals of Morecambe Bay NHS Foundation Trust (UHMBT) has also asked NHS England for help setting up an inquiry into the claims.

It comes after four local MPs wrote to the Health Secretary demanding an independent investigation.

The trust has said it “would not stand in the way of any further scrutiny”.

Mr Duffy, who recently published a book detailing allegations of poor medical care by some staff at the trust’s urology department, said he had since spoken to other staff and patients who also had concerns.

“I’m in no doubt that there are ongoing issues,” he said.

“I’m quite prepared to meet with them. I think the sooner it happens the better for patient care and quality of care.”

In August, the MPs John Woodcock, Cat Smith, Trudy Harrison and Tim Farron sent a joint letter to the Health Secretary, Matt Hancock, saying Mr Duffy had “outlined appalling treatment of patients and severe shortcomings in governance,” at the trust.

“Coroners have ruled mistakes were a factor in the death of two patients,” the letter said, asking for a formal investigation into the trust’s urology department.

The trust responded in a letter saying a number of reviews had already been conducted but “we would not stand in the way of any further scrutiny of our services”.

The letter said the trust was “assured that the concerns raised have been investigated”.

Ms Smith said she welcomed the trust’s response “because there continues to be concerns in the local community about the safety and quality of service.”

The trust said they hope to meet Mr Duffy to ask for more details of some cases.

A spokesman for the Department of Health and Social Care said: “We have received the letter regarding University Hospitals Morecambe Bay NHS Foundation Trust and will respond in due course.”