By ALEXANDER ROBERTSON FOR MAILONLINE 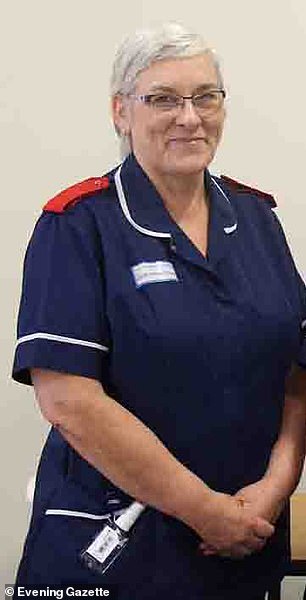 Linda Fairhall, an NHS nurse since 1979, claimed that district nurses were put under an unfair strain due to new duties place upon them since 2013

A nurse with a spotless 38-year record was unfairly sacked after warning that the crippling workload on NHS staff had led to a patient’s death, a tribunal has ruled.

Linda Fairhall, an NHS nurse since 1979, claimed district nurses were being put under an unfair strain due to new duties placed upon them in 2013.

She warned that asking the nurses to monitor patient prescriptions on top of their existing duties placed them under unfair strain and risked patients’ lives.

Mrs Fairhall claimed her concerns were vindicated following the ‘preventable’ death of a patient in October 2016.

She began the whistleblowing process but discovered on her return to work from leave that she had been sacked for concerns about her leadership capabilities.

However a report by the Care Quality Commission had commended Mrs Fairhall for her leadership qualities the previous year.

An employment tribunal today ruled she was unfairly dismissed after 38 years service with North Tees and Hartlepool NHS Trust.

A remedies hearing in July will consider how much compensation she should be paid.

From 2008, senior nurse Mrs Fairhall was employed as a clinical care co-ordinator for the Stockton region and then transferred to Hartlepool in June 2013.

Later that year she raised concerns over the then-new requirement for district nurses to monitor patients’ prescriptions.

She said it meant a sudden increase of around 1,000 extra visits a month for the service with no extra resources available.

Over the next 10 months, she reported 13 instances where she claimed the health or safety of patients and staff was being or was likely to be put at risk.

Ms Fairhall, who oversaw a team of around 50 district nurses, was concerned about their workload, employee stress and sickness, as well as risk to patients.

The death of a patient in 2016 prompted a meeting where Mrs Fairhall expressed the view that it may have been prevented if any of the 13 cases she had reported had been listened to. 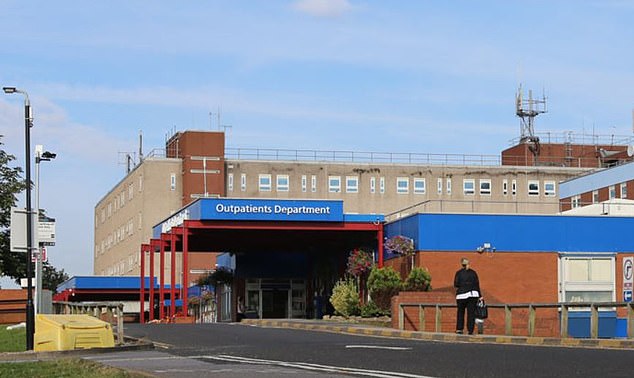 From 2008, senior nurse Mrs Fairhall was employed as a clinical care co-ordinator for the Stockton region and then transferred to Hartlepool (pictured) in June 2013

Later the same month, she told the trust’s care group director Julie Parks that she wished to instigate the formal whistle-blowing procedure before going on annual leave.

But, on her return to work on October 31, she was told she had been suspended over allegations of potential gross misconduct relating to her leadership.

She remained suspended for 18 months and during this period she also battled her own personal tragedies, the hearing was told.

She was still recovering from breast cancer treatment, her teenage son was also unwell and eight months into the suspension, her partner died from a heart attack.

After various investigations and appeals, Mrs Fairhall was dismissed in April 2018.

The employment tribunal found the trust’s investigation into her alleged misconduct to be ‘inadequate and unreasonable in all the circumstances of the case’.

The judgment said: ‘Witnesses referred to little more than “themes” or “perceptions” by the staff, none of which contained a level of detail which would have enabled Mrs Fairhall to respond.

‘The tribunal found that no reasonable employer, in all circumstances of the case, would have conducted the investigation in this manner.’

The tribunal also criticised the trust for not giving a ‘meaningful or adequate’ explanation of why the suspension lasted 18 months.

It said it was an ‘inordinate and unreasonable length of time for an employee of the claimant’s superiority and length of service to be suspended’.

The judgment added: ‘The trust’s decision to dismiss the claimant fell outside the range of reasonable responses open to an employer in all circumstances of the case.

‘This was an employee of 38 years unblemished service who was suspended from her role in circumstances where that suspension was unjustified and unreasonable.

‘The trust has failed to establish that she committed any act of misconduct which could justify dismissal.’

Mrs Fairhall said she was ‘absolutely devastated’ by the effect it has had on her life.

She said: ‘I have been utterly humiliated, my life has been left in chaos and my professional integrity has been questioned leaving my reputation irreparably damaged.

‘I am devastated that after almost 40 years in a career I have been passionate about, and working in an organisation that I have always been proud to be part of, that I am left in this situation.

‘As a result of the impact on my physical and mental health it has been necessary to allow my professional registration to lapse and come to terms and grieve for the loss of my career.

‘I will no longer be working as a nurse due to the fear of being able to escalate concerns.

‘I would therefore deem myself as being unable to adhere to my professional code of conduct and potentially place patient care at risk.’

A spokesman for North Tees and Hartlepool NHS Trust said: ‘We acknowledge the ruling and intend to appeal the decision.’

Thrive Law, which represented Ms Fairhall, said the impact on their client was ‘profound’.

‘She no longer is able to work and has lost her career as a nurse,’ said a spokesperson.

‘This all arose from her trying to protect patient and staff safety and reporting genuine concerns she had.’